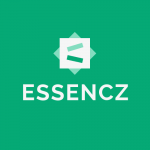 As is known, there are some of the best government hospitals in India, that are always supported because of the the fact that they have low rates and have all the amendments within them. The healthcare sector in our country today is a vast and an intricately knit structure. With the emphasis laid on providing better services and hospitable conditions for the patients, the focus has shifted to make hospitals more and more friendlier for the patients coming in. In a general conception amongst the masses, places privately owned hospitals as the paramount of top quality health services. In the recent years however, there has been a significant growth in the government run hospitals providing health care which is at par with a lot of private sector hospitals.The thought process behind it is being able to provide better healthcare facilities to people who cannot afford expensive treatment, in the privately run hospitals. Listed below are the top 10 government run hospitals that are almost as good as any other privately run hospitals in the city of Lucknow.

Government Emergency and Trauma Centre, Lucknow is among well-known hospital for valuable treatment. Being a speciality hospital for meant for dealing with sensitive cases of emergency and trauma, it has gained a lot of popularity and the trust of the people of Lucknow because of its expertise in dealing with the sensitive cases that come in. The hospital boasts of the the highly advanced trauma centre and its fully equipped ICUs. Along with above facilities, hospital is specialised for General cases as well.

Bhaurao Devras Sayukt Chikitsalay is the best government hospitals in Lucknow for your cardiac problems. Bhaurao Devras Sayukt Hospital can currently house more than 1100 patients in its OPD section. Apart from the enormous housing capability of the hospital, it provides the general medicines at a highly subsidized rate than the market. This government funded hospital has been lifting the bar for the standards of the cardiac hospitals in the recent years.

Ram Manohar Lohia Combined Hospital is one of the best government hospitals in Lucknow. Established in the year 1998, the hospital has enjoyed a government backing and has seen a steady growth ever since. The hospital currently boasts of a plethora of experienced doctors and the technologies which is on the same level as many of the of the privately run hospitals in the city. The hospital can room more than 300 patients at any given time an dhas 16 OPDs. Ths hospittal provides holistic medical care including general care in various general,medical / surgical specialities, and selected super specialities which are not available or grossly inadequate in this region.

The foundation of State Ayurvedic College and Hospital, Lucknow  was laid in the year 1948. Established to popularize the age old culture and knowledge of ayurveda,its currently counted as one of the highest and most esteemed ayurvedic hospitals in the nation. Apart from providing affordable health care services in the city it also trains students in the art of ayurvedic medicine.The institution is a combination of a hospital and a college as well providing courses in 5 different subjects of ayurvedic medicine.

Balrampur hospital is one of the many basic dispensaries and hospital institutions in the city of Lucknow. The hospital specializes in maternity wellfare and it recently opened its diabetic speciality unit as well. Being one of the more renowned government hospitals in Lucknow, it boasts of subsidized rates of medicine and a large capacity to house patients at any given particular time.They have a variety of departments and considerably the best doctors.

Rani Lakshmi Bai Government hospital is one of the top Government Hospitals in Lucknow. Its one of the first of the city multi speciality hospitals dedicated to women, the hospital specializes in providing quality health services for the women and children. The hospital houses some of the best of the city’s medical staff and is very well equipped and updated with the recent trends and equipments in the women healthcare sector.

In Lucknow, Veerangana Jhalkari Bai Female Hospital is a recognized name in patient care. They are one of the well-known Hospitals in Hazratganj. Backed with a vision to offer the best in patient care and equipped with technologically advanced healthcare facilities. A team of well-trained medical staff, non-medical staff and experienced clinical technicians work round-the-clock to offer various services that include Ct Scan .Their professional services make them a sought after Hospitals in Lucknow. A team of doctors on board, including specialists are equipped with the knowledge and expertise for handling various types of medical cases.

King George’s Medical University is one of the top government hospitals in Lucknow. Established in the year 1905, KGMU also is one of the oldest health care institutions in the city of Lucknow.This hospital complex is spread over an area of 88,000 square meters with a conglomeration of buildings housing various departments and their respective wards. Besides the original hospital building, which houses the Department of Radiodiagnosis, Radiotherapy, Orthopedic Surgery and ENT and also the Offices & Surgical Wards, there are separate buildings for the Department of Tuberculosis & Chest Diseases, Medicine, Pediatrics, Ophthalmics, Obstetrics & Gynecology. There are also separate Outpatients Department and a new Surgical Emergency & Trauma Centre. The total number of beds are 2424 with a bed occupancy rate of 90-100%. The hospital provides speciality services in all branches of medicine. Patients are attended to and admissions are made round the clock.

Contrary to the popular belief of government hospitals are not at par with the services provided in a privately run hospitals, the above mentioned hospitals are in not in any way lesser than any of its private sector counterparts. The compiled list should be helpful to anyone who isn’t able to afford the costs of a private hospital but still doesn’t miss out on the proper health care that he/she deserves.